As many of you know, I am on the board of Rancho Obi-Wan, a non-profit museum whose mission is to inspire creativity by providing exhibitions and educational programs with the world's largest collection of Star Wars memorabilia. We were thrilled to be a part of the inaugural Silicon Valley Comic Con, which took place this past weekend (March 18 - 20) in San Jose, CA. With over 30,000 in attendance, this year's show was a smashing success, and I expect we'll see the show returning again next year.

I just want to give a shout out and say thank you to the show organizers for inviting us, to Official Pix for providing some awesome volunteers to help out in our exhibit, to all our old friends and supporters who stopped by, and to the thousands of new friends we made. It was so exciting to introduce the collection to thousands of comic and pop culture fans who weren't familiar with the museum or our non-profit organization. I heard the phrase, "oh my god" so many times that I lost count, but I never tire of hearing someone squeal with excitement when they see a piece that resonates with them. I think the unofficial fan favorite (and mine too) from this exhibit was the 10 foot x 5 foot photomosaic of The Force Awakens poster, comprised of over 1,000 fan photos that were posted on Instagram with the hashtag #sharetheforce at the Target & Star Wars Galactic Experience in Los Angeles the weekend prior to the opening of the film. 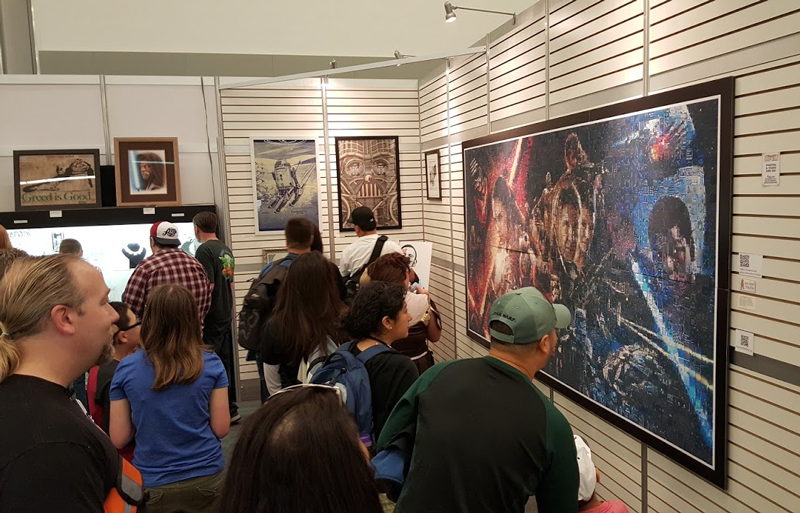 Of course, cosplayers were out in force. Here are a couple of my Star Wars faves, including a very young Rey posing for a photo opp with her pal Chewbacca and a Target BB-8 store display (donated to the museum by our friends at Target), and a very creative Han in Carbonite. 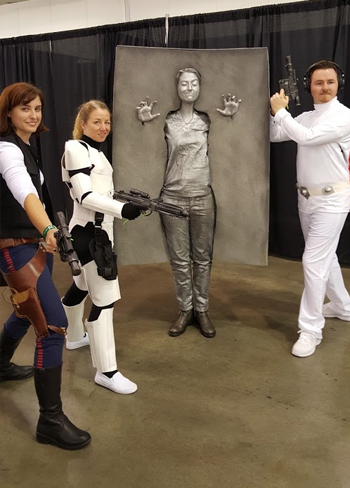 I didn't get to spend much time out on the show floor, but I did get the chance to see some amazing Star Wars art by Russ Walks, Jason Palmer, Matt Hebb, Mike Hampton and Brandon Bracamonte, and a super cool new 3D Hologram product line by Zebra Imaging. I also stumbled across some great one-of-a-kind pieces of Star Wars art, including this Star Wars / Disney / Minions mash-up and Stormtrooper helmet. 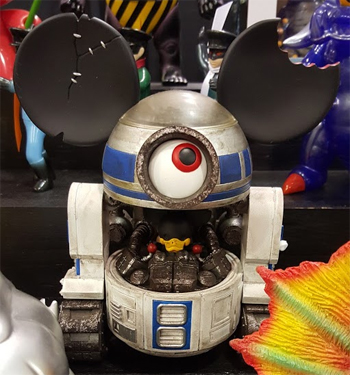 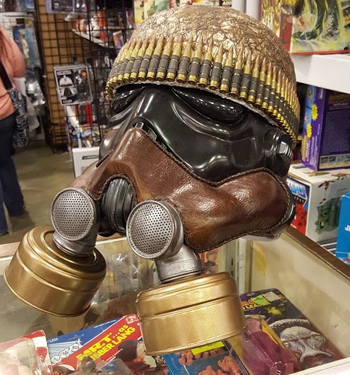 All in all I think a great time was had by everyone there, and I hope we have the opportunity to return again next year!